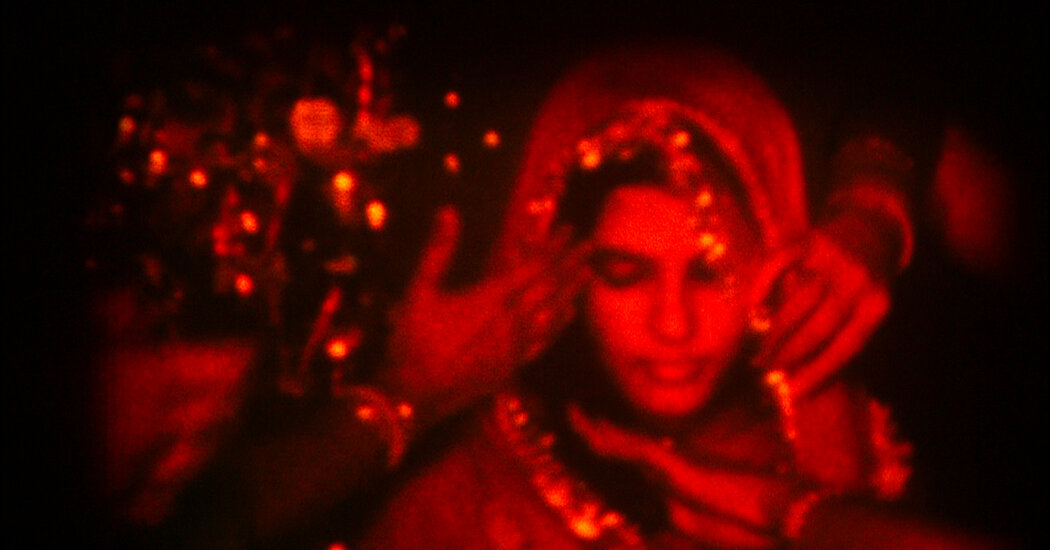 
Joel Coen’s “The Tragedy of Macbeth” isn’t the only Shakespeare in this year’s New York Film Festival. In “Sycorax,” named for Caliban’s mother in “The Tempest,” the Argentine filmmaker Matías Piñeiro (directing with Lois Patiño) gives voice to a character never seen in the play.

“Sycorax” will screen on Thursday and Saturday in a shorts program that is part of Currents, the festival’s sidebar devoted to movies with an experimental edge. Another highlight is Payal Kapadia’s feature-length “A Night of Knowing Nothing” (on Saturday and Sunday), which mixes narrative modes to hauntingly ruminate on student activism in India. The wondrous “The Girl and the Spider” (on Thursday and Saturday), which disregards conventional editing rules, isn’t in Currents but could be.

Revival-wise, John Carpenter’s “Assault on Precinct 13” will show outdoors at Damrosch Park on Sunday and indoors on Oct. 7; Michael Powell’s restored “Bluebeard’s Castle,” from Bartok’s opera, will screen on Monday and Oct. 7; and “Radio On” (on Tuesday and Wednesday), a moody road odyssey shot in Britain in the late 1970s, warrants rediscovery. See filmlinc.org for details.
BEN KENIGSBERG

On Instagram on Monday, Joe Rogan may have doubled down on his stance against vaccine mandates, suggesting they’re a threat to “FREEDOM,” but that’s not stopping him from taking his “Sacred Clown” stand-up tour to Madison Square Garden, where proof of vaccination is required.

Rogan, who got his start on the NBC sitcom “NewsRadio” and was the host of “Fear Factor,” has become even more popular over the past decade as a UFC commentator and in particular as a podcaster: “The Joe Rogan Experience” has earned him millions of fans and millions of dollars through a lucrative deal with Spotify.

Tickets to Rogan’s show at the Garden, which is on Saturday at 8 p.m., start at $39.50 and are available through Ticketmaster. If you plan on bringing your smartphone, you should know that Rogan has a mandate of his own: While inside the arena, audience members must store their devices in magnetically sealed pouches, which will be provided.
SEAN L. McCARTHY

Perhaps the Queens Museum developed the idea for “A Year of Uncertainty (YoU)” thinking the world might become a little less uncertain by the time it debuted, but the series is taking place while we’re still in the throes of a pandemic. Started in January when the museum brought together artists, activists and others to scrutinize and fortify the institution’s role in culture and community building, the series will continue until January 2022 with the fruit of those collaborations.

Today’s families must often decide among cultural events that are outdoors, indoors or virtual. MetFest is all three, as well as in multiple languages.

Presented by the Metropolitan Museum of Art from noon to 6 p.m. on Saturday, this celebration turns the Fifth Avenue building’s environment into an art-based adventure. Programs online and outside are free, while those indoors are included with museum admission, which is free for children under 12.

On the plaza, young people can play games and do drawing activities like Fascinating Facades, in which Carol Bove’s sculptural installation “The séances aren’t helping” will serve as inspiration for children’s own designs.

Indoor highlights include a scavenger hunt; bilingual Drag Queen Story Hours in English, Spanish and Cantonese in the Sackler Gallery; and mobile making in the Cantor Roof Garden. The Temple of Dendur will offer drop-in drawing, while the medieval galleries will host a jewelry workshop and a “How Did They Do That?” session devoted to tapestries. (A full schedule is online.)

Staying home? The outdoor music and dance performances will be livestreamed on the museum’s Facebook page, YouTube channel and website. The festival’s webpage also features a video story time and instructions for art projects.
LAUREL GRAEBER

Beers have been flowing from taps in the basement at 55 Christopher Street since 1919. And for the past four decades, jazz and blues have been this Greenwich Village dive’s main offering. When there is a cover, it’s usually as low as the clearance (pro tip: duck your head on the way in).

The pandemic was tough on the 55 Bar, and after more than a year of lockdown its management is well behind on rent. The club has been running a series of benefit concerts since last week and taking donations through GoFundMe.

That series wraps up this weekend. The Grammy-winning drummer Antonio Sanchez (best known for his drums-only score to Alejandro G. Iñárritu’s “Birdman”) performs sets at 9:30 and 11 p.m. on Friday, with a starry quartet: Donny McCaslin and Miguel Zenón on saxophones and Scott Colley on bass. On Saturday, Oz Noy, a fusion guitarist, leads his own quartet. At $25, the cover for these shows is higher than the 55 Bar’s usual, yet still far below prices elsewhere in the city.
GIOVANNI RUSSONELLO 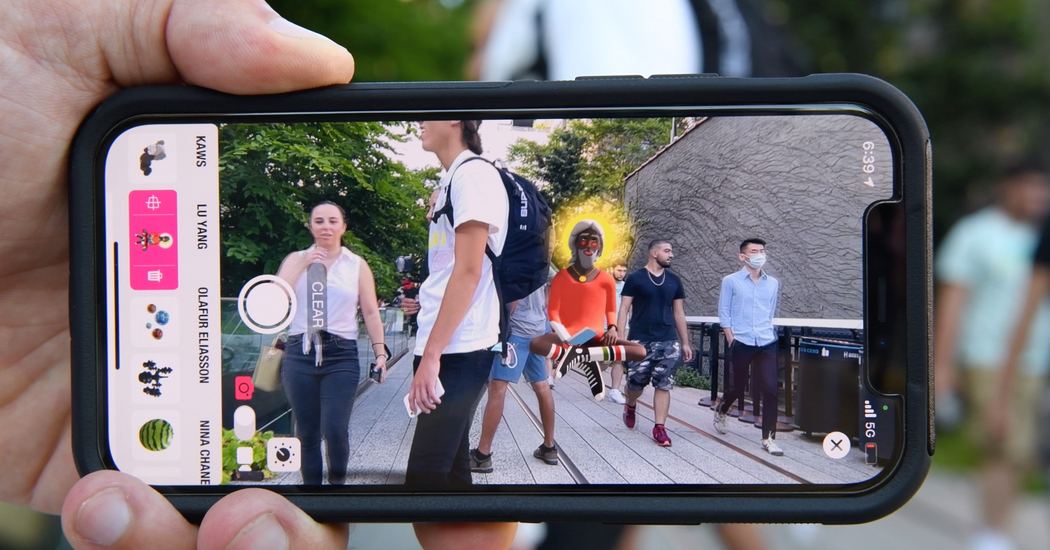 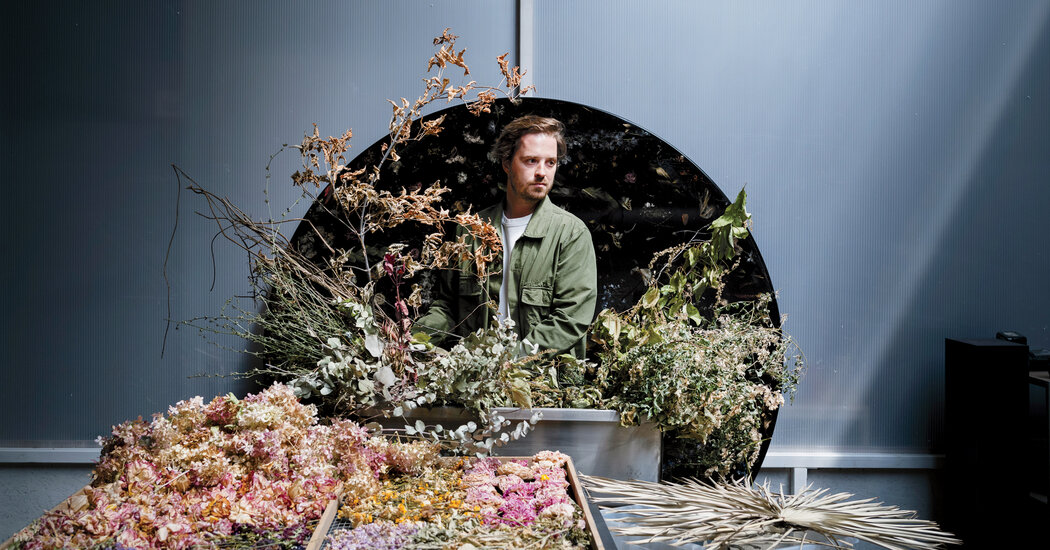 A Designer Who Finds Beauty in Decay 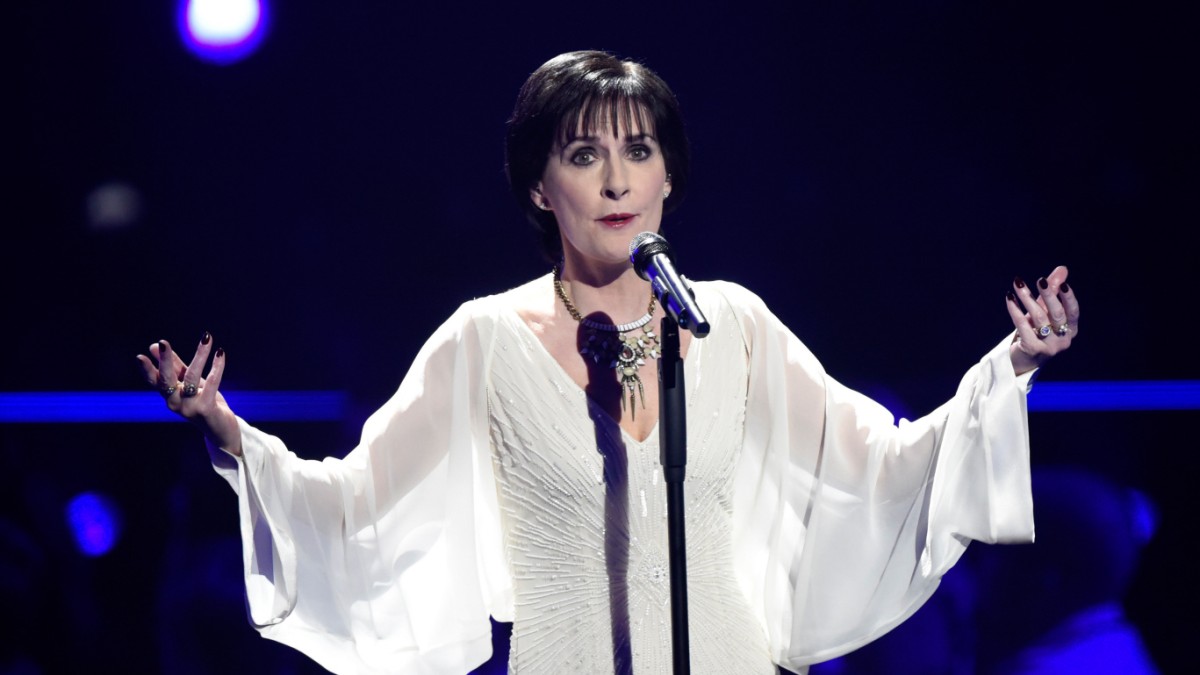