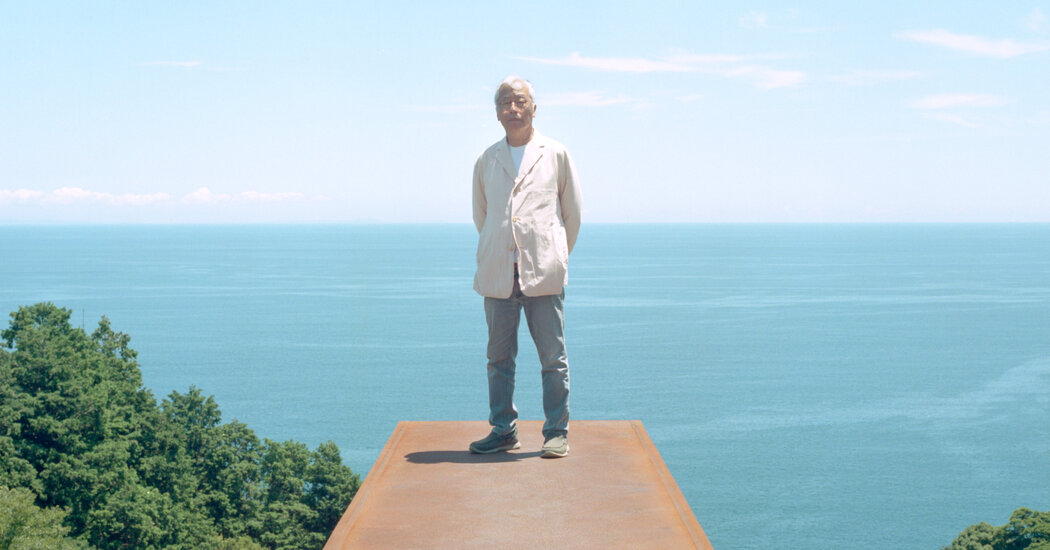 He laughs a lot.

On a Zoom call from Tokyo, the 73-year-old artist laughs at his first reaction to the avant-garde while living in New York in the 1970s: “It’s a very twisted-mind art, so this kind of twisted mind — it can be applied to myself! I’m the same kind of animal!”

On a dime, he turned from working in commercial photography to shooting the “twisted-mind” conceptual photos that went on to make him famous: Dramatic shots of animals in the wild that turn out to show stuffed beasts in museum vitrines; photos of Madame Tussauds waxworks that look alive — but also seem to depict sculptures or other photographs. “My art has a kind of punchline at the end,” says Sugimoto.

He laughs at a Japanese identity he says he had to learn during years living in the United States because Americans kept dwelling on his origins in Japan: “I’m trying to be as Japanese as possible. I’m playing my Japaneseness.” Chuckling, he adds, “I’m a very good actor.”

That last role has been producing few chuckles over the last few years.

In 2018, the Hirshhorn Museum, which is the Smithsonian’s home for international modern and contemporary art, invited Sugimoto to refresh its sculpture garden, a sunken space on the National Mall that was starting to crumble. It had opened in 1974 as a spare, Brutalist addition to the museum, itself a Brutalist gem by the architect Gordon Bunshaft.

After a few Washington summers revealed Bunshaft’s concrete dell to be a kind of Death Valley, the modernist landscape designer Lester Collins softened it with some lawns and plantings — which still didn’t make it a place that people ever flocked to. When Sugimoto was invited to make his own contribution, he says, he read the job as an artistic commission; after all, back in 2006 the Hirshhorn had honored his artistry in a vast and inspiring survey of his photographs.

But then, as the garden project moved forward, he discovered that Official Washington was thinking of him less as an inspired artist than as a hired-gun architect who would bend with the winds of expert and public opinion.

In 2019, the capital’s Commission of Fine Arts asked for more tree cover overhead, to create a kind of “ceiling plane” for his revamped garden. He complied.

Sugimoto planned to take a small pool that had survived from Bunshaft’s garden and revamp it as a bigger basin that could be drained and used as a setting for performance art — a popular medium meant to supplement, and update, the bronze Rodins and Henry Moores that visitors have long seen in the garden, and mostly ignored there. When public feedback pushed for Bunshaft’s pool to be retained, Sugimoto complied once again, shrinking his new basin to fit alongside it.

But then, as the approvals process went on, it became clear that, with Brutalism back in fashion and modern landscapes now treated as art, there would be pushback against any bigger changes to the Bunshaft and Collins designs.

At a second meeting this July, the fine arts commission had to consider a load of attacks on Sugimoto’s most notable contribution: new dividing walls of stacked stones, based on examples from medieval Japan.

Washington’s Committee of 100 on the Federal City, which champions good urbanism, called the stacked stones “wholly incompatible and inappropriate” to the garden’s original Brutalism, an opinion echoed in submissions from other nonprofits and citizens. The architect James McCrery, one of the fine arts group’s commissioners, told colleagues that the stacked-stone walls would be “antithetical to the powerful overarching architectural vision” that Bunshaft had created for the museum.

The naysayers failed to convince: Five of seven commissioners voted to let the project move forward. That cleared the way for Sugimoto to jump through yet another hoop in the fall, when the National Capital Planning Commission will have its fourth meeting on his garden design and either approve it or demand changes.

Sugimoto is not happy to have his artist’s vision put to the test: “Do you ask Picasso, ‘I don’t like this blue color. Let’s make it red’?” He sees stacked stone as fundamental to his concept, explaining it as a pre-modern surface that will show off the modernity of the sculptures displayed in front of it. He has even threatened to pull out if his new walls don’t get a green light. He smiles broadly at the idea of being fired: “I can be kicked off; that’s fine.” Why engage an artist at all, he asks, if the goal is to have a garden that stays mostly unchanged?

But there’s another question no one seems to be asking: Is the artist working on the Hirshhorn’s garden in 2021 really the same Hiroshi Sugimoto whose brilliant photos filled the museum itself back in 2006?

Maria Morris Hambourg, founding curator of the department of photographs at the Metropolitan Museum of Art and one of Sugimoto’s first fans, calls him “the most philosophical of photographers; of artists in general” and refers to his photos as “meta-cognitive objects” that help us think about knowing and reconsider “truth.”

They have a complexity that can seem almost bottomless. His best waxworks photographs are pictures of sculptures of historical figures based on photos of people posing to look like paintings or photos of those figures. Try to unpack them and you end up in a hall of mirrors.

There’s some of that same complexity in his series “Theaters,” mostly shot from the rear of old picture palaces. After arranging to have a feature screened just for him, he’d expose his film for the movie’s entire running time. In the final images, the theater’s screen washes out to a brilliant white; the light that bounced off it as the movie ran spreads an elegant radiance across the hall’s lavish décor. At first, the photo seems to reveal nothing but serenity and order and a glow of nostalgia for long-gone moviegoing — until you discover that all this peace derives from a screen filled with the turmoil of films such as “Friday the 13th” and “The Shining.” These are the contradictions that are the hallmarks of Sugimoto’s landmark photography.

Its roots stretch back to the 1970s, when Sugimoto first discovered the trickster art of Marcel Duchamp, which put mental discomfort ahead of pleasant aesthetics: “That kind of blackness, or negative side of art — that echoed in my mind, so I became a Duchampian.” He cites the “serious funniness” that this involves (think, a urinal presented as art) and sees a joke as “the most reasonable tool” for dealing with the scale of human folly in an era of planet-destroying capitalism. (Before 1970, when he moved to Los Angeles for courses in commercial photography, Sugimoto studied Marx and Engels at Rikkyo University in Tokyo.)

But if he is celebrated for his radical, riddling photos, he has turned his back on such play in his quite functional design for the Hirshhorn.

“There’s no dark side — the Duchampian-type concept — in my design,” he insists. “I don’t need it. Only my art has a Duchampian side. I’m not a Duchampian architect, at all.”

Over the last 20 years or so he has built a dozen or more buildings and structures, mostly in Japan. (He has a home and studio there as well as in New York.) Melissa Chiu, director of the Hirshhorn, asked him to redesign the lobby of the museum in 2018, and that led to Sugimoto’s garden plan. There’s been praise for a new underpass that will lead out of the garden and up onto the museum’s plaza, connecting it to the National Mall for the first time in decades. Clad in a grand swoop of mirror-finished steel, it seems sure to become selfie-bait. His stacked stones have been welcomed, at least by their fans, as “appealing” and even “beautiful.”

Kerry Brougher, a former deputy director of the Hirshhorn who co-curated its Sugimoto survey, spots a gracious “pentimento effect” in the artist’s garden plans. “I see the Bunshaft design in there, and the Collins design, with a layering of Hiroshi overtop,” he says, and that echoes Sugimoto’s own ideas.

But what no one seems to be claiming is that all this appeal and grace will breed new thoughts in architecture, the way Sugimoto’s theaters and waxworks revealed new options for photography. Even the artist mostly uses the word “nice” to describe his project.

Sugimoto explains that unlike his art, his architecture puts function first, aiming for user-friendly spaces that depend on a special attention to light and air and surfaces — the building blocks of “friendly” design for at least a century. “If my practice was Duchampian, I’d probably try to make a space not as usable as possible,” he says. He sees the concept-heavy works of architects like Rem Koolhaas as full of “bad will” toward their users.

Chiu says she turned to Sugimoto for the good will his garden was likely to extend to other artists, as a space where they would want their work to appear. The peculiar result is that, in its service to other artists, the garden seems to lower the bar for its own artistry. A stacked-stone wall, no matter how “nice,” seems unlikely to do much on the cognitive front.

Or maybe that’s not completely right, at least according to Theaster Gates, a prominent Black artist from Chicago who sits on the Hirshhorn board. He trained in ceramics in Japan and met Sugimoto there several years ago; he has fond memories of their evenings of karaoke. (Along with being a superb cook, it seems Sugimoto is an eager singer.)

Gates sees the conservatism of the new garden plans as so distinctly Japanese that it gives them a special importance in Washington. With museums across the country “trying to find the next, bombastic, ‘of-color’ thing,” says Gates, he is proud of the Hirshhorn for getting behind a project that has a “cultural specificity” that rings true: “What do you ask a Japanese artist to do? You ask him to make a Japanese garden. You ask him to bring an ethos from his own place.”

And for Gates, as for Sugimoto, a crucial element of Japanese culture is its willingness to stick with the proven (stacked-stone walls, for example) rather than demanding the new — “innovation, growth, expansion” — across every corner of culture. Old stone walls speak of ideals that are new to the Hirshhorn.

But could it be that Duchamp, the trickster, is still lurking behind the Japanese conservatism that Sugimoto claims to champion? Forcing a great modern like Henry Moore to live with the medieval walls of a foreign culture — imagining the latest in performance art taking place against them — might be a little joke that has Sugimoto laughing inside. Or that we, at least, can get a kick out of. 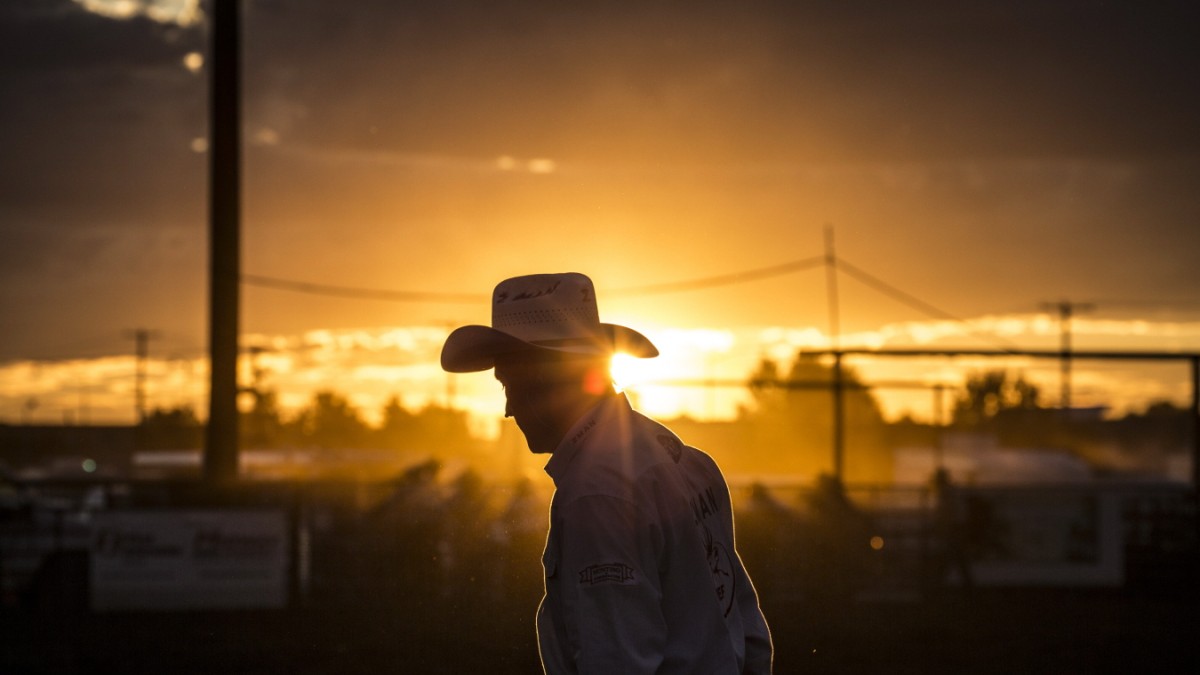 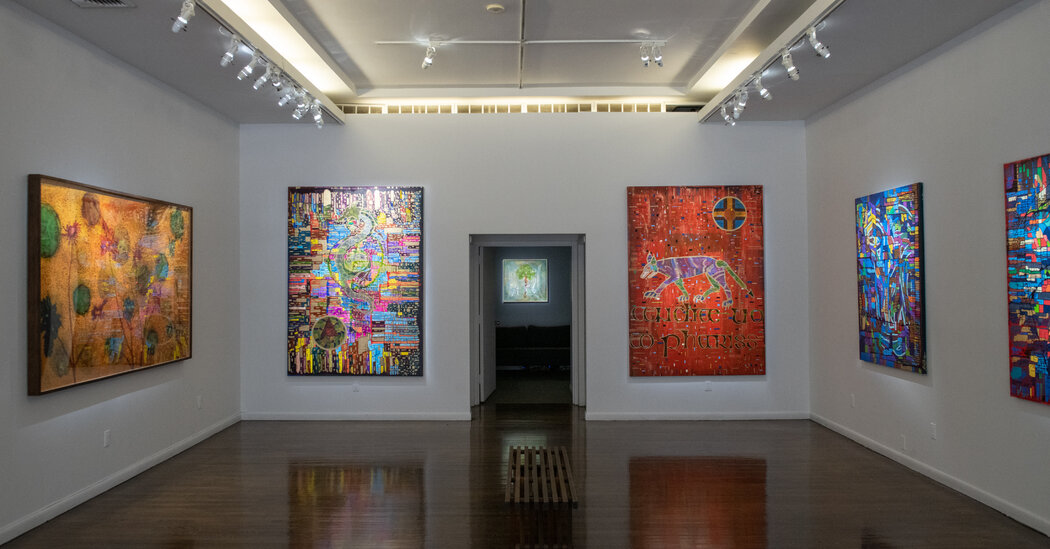 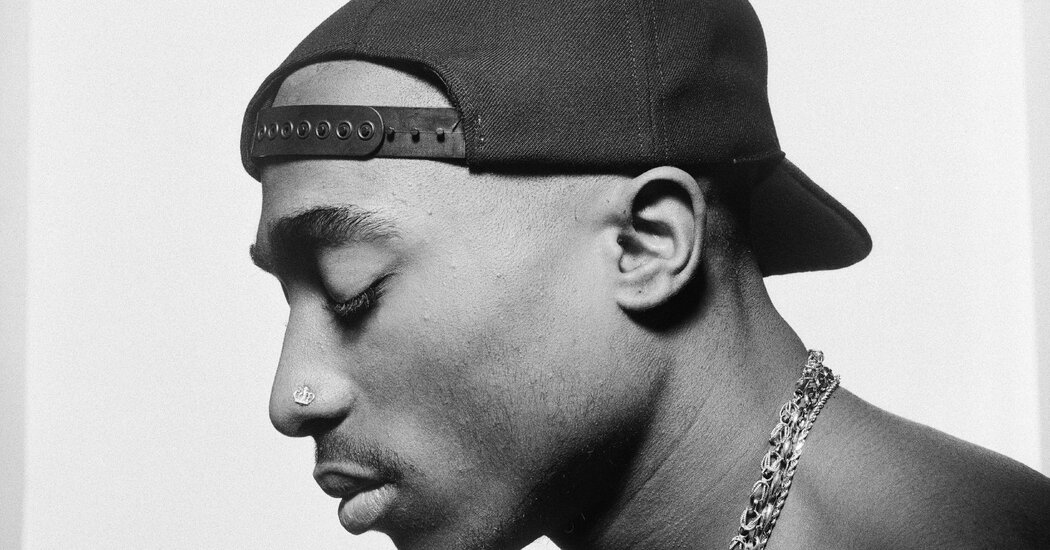