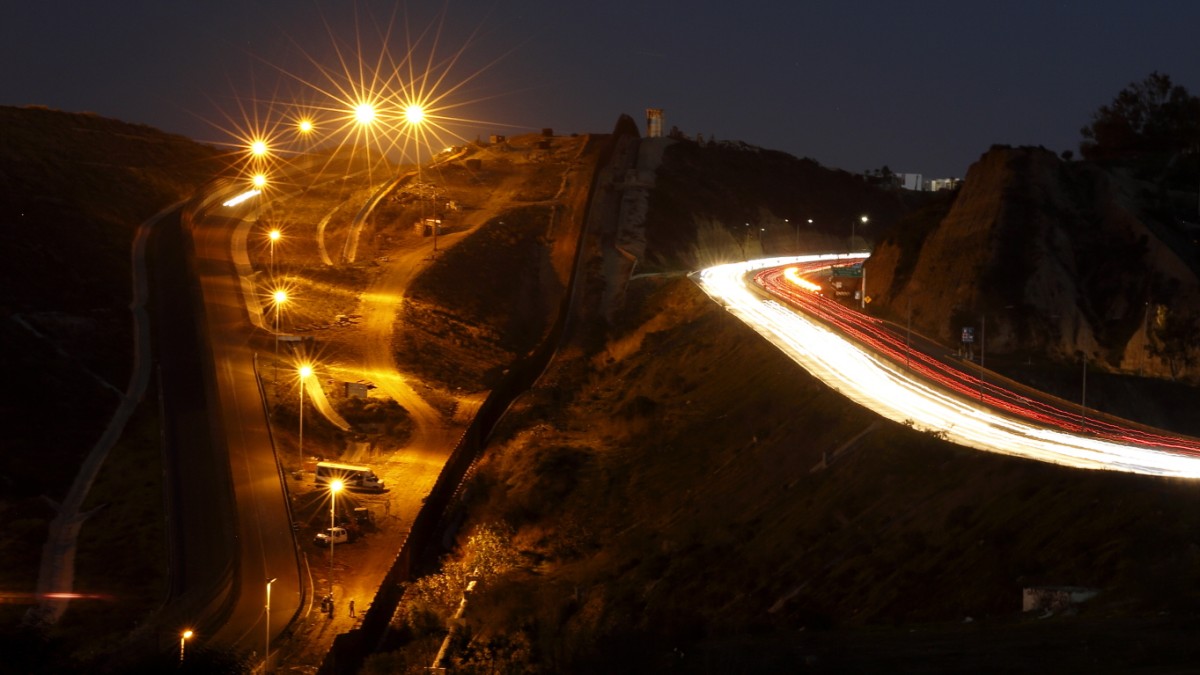 In the late summer of 2019, Norbert Gstrein published a strangely excited essay in the NZZ, a diatribe about his daughter’s thirteen-year-old friend. One looked at the openly angry sketched portrait of a know-it-all and admonisher who triumphantly fishes the jam jar out of the garbage can and presents it to his proud mother as proof of the ecological irresponsibility of the landlord Gstrein. At the table the boy asks precociously whether Trump shouldn’t just be murdered. Gstrein looks into the mother’s face, “and I swear, I have never seen greater bliss and greater happiness to have given birth to such a bastard”. This violent sentence returns almost literally in Norbert Gstrein’s new novel “The Second Jacob”.

In the novel, the tyrant proposed for assassination is Trump’s Republican predecessor in office, George W. Bush, who is also a deputy figure for the main theme of the book: the multiple, real or felt entanglement in guilt and the resulting, sometimes narcissistically twisted self-contempt. The man who feels all this and also the humiliation of old age is an actor, his name is Jakob Thurner. It actually has a different name, one “with four consecutive consonants”. He proposed to his director to call himself “Gestirn” instead of, of course: Gstrein like its creator, who was born in Mils in Tyrol in 1961, the place from which the luge rider Helene Thurner and the physician Josef Thurner also come.

While reading, you have to call yourself a little to order in order not to become a compliant deconstructivist of the biographical tracker Gstrein. Because with this novel, rich in historical and literary references, Norbert Gstrein does not actually want to open a postmodern cabinet of mirrors, but rather to tell the tragedy of a man who, shortly before his 60th birthday, wants to fulfill the wish to tower from the ruins of his life. The peculiar narrative fury that flashes from every line of the essay about the little bastard also drives the novel’s dramaturgy. And the deliberately established closeness of the main character to the author Gstrein – Jakob even tries his hand at being a novelist at times – becomes a project of autobiographical approach that cannot do without rejection. In the novel, Gstrein has divided his almost unconquerable aversion to the ambitious boy into two other characters. The most obvious is Mirko, the current boyfriend of Jakobs daughter Luzie from Bosnia, “a member of an activist group that campaigned against transit traffic”. The second figure is Mirko’s smoking predecessor, whom Jakob turned into a van with 5000 euros.

At the beginning, Jakob wants to travel to the USA with his daughter Luzie to avoid the celebrations for his birthday, especially the festival in his Styrian home village. An old uncle still lives there, who occupies the next deputy position for the bad conscience: Jakob, who was given to a home by his grandmother during the Nazi era and only barely escaped euthanasia. To have denied and mocked him, the almost sacrificed, as a child, burdens the conscience account of the “second Jacob”, as Thurner calls himself in feigned or genuinely felt remorse.

In addition, there is a series of talks with the journalist Elmar Pflegerl, who is depicted in all facets of greasiness, a journalistic serial offender who wants to write the latest of his well-known celebrity biographies about Jakob Thurner. Pflegerl’s assault, his undisguised lust for sensation in Jacob’s private disaster, is aggressively corrected by Luzie, who is present during the first conversations. One of his questions is whether Jacob’s consumption of wives has anything to do with the propensity to play murderers of women. Jakob rejected the role of the Viennese murderer Jack Unterweger, however, because he despised the canine love of the in-crowd for this serial killer and pseudo-poet who was very famous in the 1990s. The role was played by John Malkovich, both in the novel and in reality.

Almost unintentionally, Jakob Thurner tells his daughter Luzie that he was once involved as a passenger in a hit-and-run accident in which a woman died. Luzie then breaks with her father, and the narrative begins to unfold into the story of a father-daughter relationship that was problematic from the beginning and that takes on clinical features, as well as memories of filming ten years ago at El Paso on the border with Mexico. Across the border, women were massacred, especially prostitutes. Jakob himself is intimate with one of them during the filming and thus becomes guilty of her in a tricky way. The guilt lies in a diffuse area between what actually happened and the presumed progress of fate. Does the prostitute disappear because she has other customers, is she murdered? And the woman who is run over on a lonely country road – did she die in that moment or did she die in agony on the side of the road?

The monument to the writer in Styria has Chinese features

Gstrein approaches the key scenes of his novel with a cleverly constructed camera work. Approaching and turning away from what is happening alternate, until at some point the relentless close-up removes the last doubt that someone here has incurred a life debt that cannot be redeemed by telling the story. It is impressive how carefully Norbert Gstrein chooses his literary means. The cinematic becomes a literary principle, while the main character, actually an actor, takes on more and more traits and techniques of the writer. Towards the end he expresses his astonishment at the perception of writers, “who simply turned their gaze outward when they couldn’t think of anything, set the camera to wide angle and met their inner emptiness with his descriptive rage”. Elsewhere he complains about “writers with kitschy sap-brains” who campaigned for the release of their murderer Unterweger, who was seen as a colleague.

In general, Gstrein packed his novel full of literary references. Two quotes from Onetti are marked, the famous verse “I’m not Russian at all, really German” from TS Eliot’s “Waste Land” he secretly places Jacob’s doctor Dr. Maier in the mouth. Speaking of which: A certain flaw in Gstrein’s fabulously composed book is the overstatting with secondary characters whose functions are not always obvious. Why is the chapter about the past Maya needed? Jacob’s forlornness has long since become evident.

Towards the end, Luzie and Jakob travel to his home village, and here the custody relationship between the two is reversed in a strange and not entirely conclusive way. The recently hospitalized daughter is now the presenter who tries to ground her father, locates Uncle Jakob, who is suspected to be in hotel basements, and knows how to tell about his beautiful, happy face. She now comforts her father over the embarrassment that the municipal administration has given him a life-size statue in public space. The monument comes from a Chinese series production, the bronze Jacob even has Asian facial features. Jakob himself explained the grotesque in a rhetorical question: “Was I a tragic as well as a ridiculous figure, in whom in the end art and life could no longer be distinguished?”

The tendency towards self-destruction makes this novel’s brutal play with identities an impressive feat of art. It is a game of cooling down, which unfolds in the ice-cold white wine, which Jakob always has at hand, to the point of confessing that Jakob was always a child of winter who could only endure warmth if it was cold enough beforehand. “The Second Jacob” is a writer novel, a poetological and autobiographical assessment of the position of the author Gstrein and therefore, less in terms of content than in principle, the sequel, better: the reversal of its predecessor “When I was young”. Jakob Thurner is a man who wants to strike and goes at people’s throats, for example the journalist Pflegerl. He is a combatant who carries the force of physical access as well as a hot, in truth nothing that can be cooled down by anything, anger at the present. 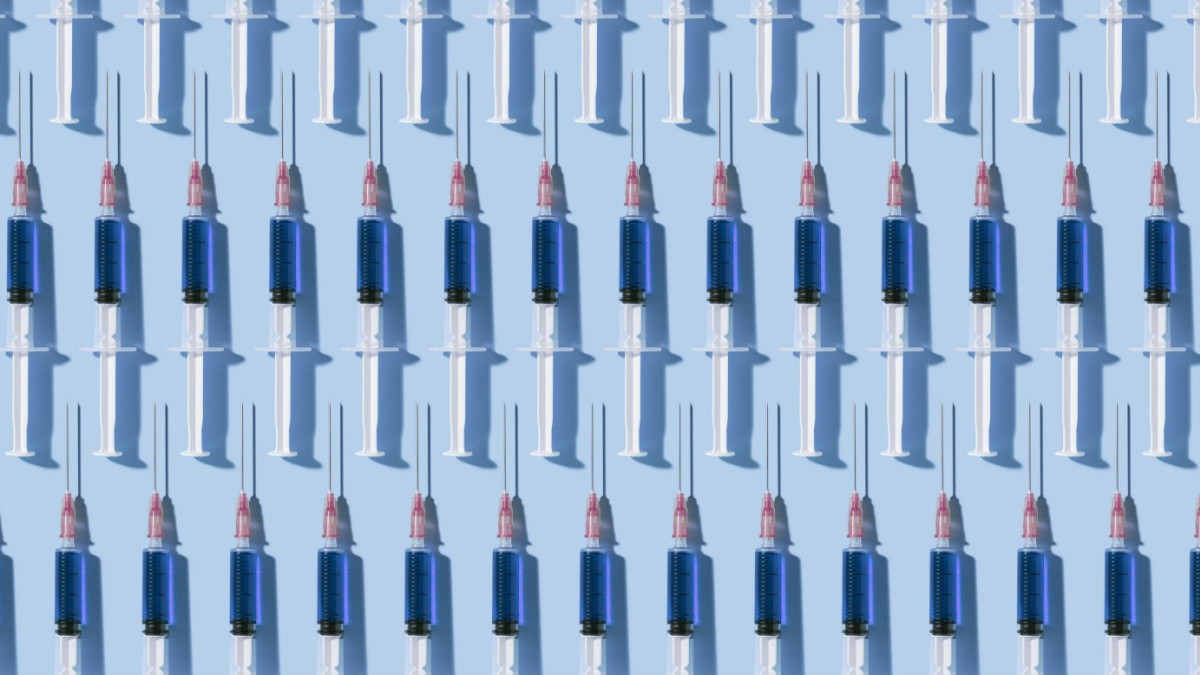 Corona and crisis: Germany doesn’t get it baked