If the concept of contemporary art baffles you, you’re in good company—elite, in fact.The problem isn’t just that nobody can agree on what is; it’s that nobody knows when the contemporary era begins. Some curators see a likely candidate in 1989: the year of the Berlin Wall’s fall, the Tiananmen Square protests, and the long-overdue anticolonialism of the “Magiciens de la terre” exhibition in Paris. Other influential figures have offered different start dates, ranging from the early 1970s (according to Smithsonian curator Melissa Ho) to 1945 (so say many German curators) to the 1910s (sociologist Nathalie Heinich’s preference). You’d have an easier time getting a consensus from a roomful of Kennedy conspiracists.“Time,” wrote Thomas Mann, “has no divisions to mark its passage, there is never a thunderstorm or blare of trumpets to announce the beginning of a new month or year.” If only it were that simple. Historical divisions are arbitrarily drawn and endlessly debatable, but sometimes they’re the only way to make sense of things—and so, if the last few decades’ worth of culture have anything to recommend them, it is worth asking, Raymond Carver–style, what we talk about when we talk about contemporary art. 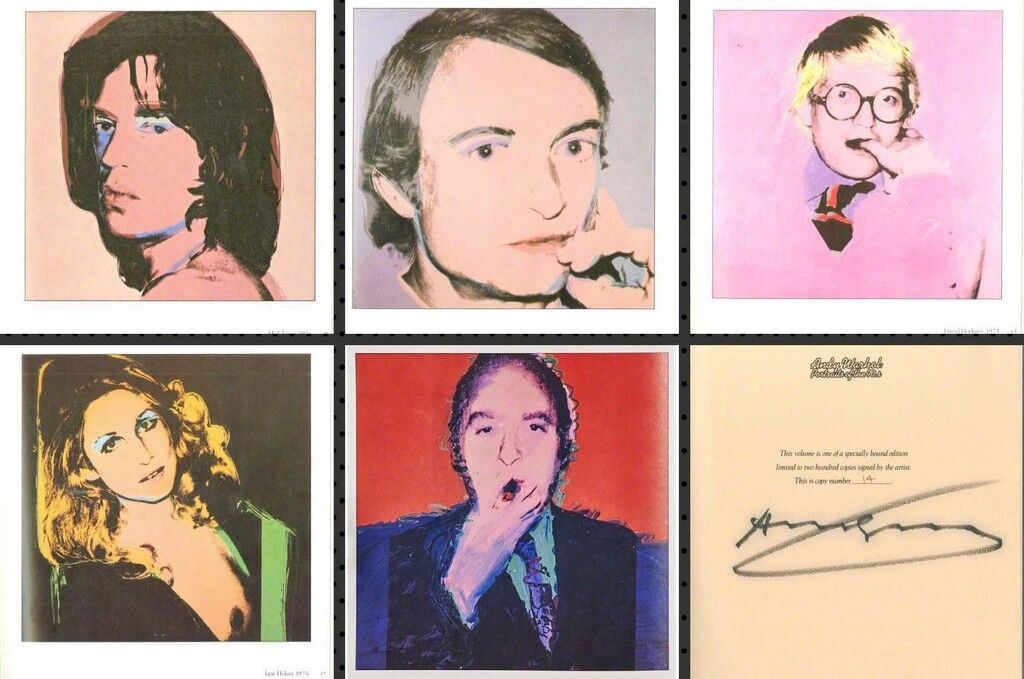 Search the prevalence of the phrase “contemporary art” in print between the early 19th and 21st centuries on Google Books, and you’ll find that the term was virtually unused for 120 years. There has always been “contemporary” art, of course, but until recently, it was almost always filed under the not-quite-synonymous label of “modern.” Give “modern art” the Google Books treatment, and you’ll get a mini-history of the Western avant-garde, with peaks in each of its crucial years: 1848, 1922, 1968. Since the late ’60s, however, “modern art” has become considerably rarer, while “contemporary art” has doubled in popularity.When I asked George Baker, an art history professor at UCLA and an editor at October, why “contemporary” has supplanted “modern” among art critics, he brought up the “epochal” difference between modern and contemporary art: “The fading not of modern art but of ‘modernism’ by the 1950s and 1960s,” and, with the rise of contemporary art, “the emergence of a new pluralism in the 1970s and after.”For Baker, “contemporary,” like “modern” before it, represents a distinct way of thinking about history. When we talk about modernity, we’re talking about progress—a break with tradition, but also the creation of a new tradition. That, at least, is the way generations of radical thinkers, from to to Clement Greenberg, used the term. As different as these figures were, they shared a utopian confidence that art was defined by its ability to advance culture and consider the world in unprecedented ways: “Make it new,” as Ezra Pound said, a line that would become modernism’s informal motto.For better or worse, “contemporary art” carries none of this baggage. In the decades following World War II, Baker noted, the idea that progress of any kind was possible went out of fashion among intellectuals. There was no single path forward, only a multitude of different, equally valid paths—hence the “pluralism” of the late 1970s and beyond. Seen this way, contemporary art is difficult to define because it’s not really a movement, but rather a collection of artists toiling away, motto-less, in an eternal, ahistorical now.What can you say about a period in art history whose defining quality is its indefinability? Few people have come closer to answering that question than professor Terry Smith, author of What Is Contemporary Art? (2009). When I asked him to comment on contemporary art, he wrote that “it is a bit like trying to describe time: we all know what it is, and that we are in it, but we find it hard to say what it is.” Visitors to contemporary art institutions, he added, “would notice that there are fewer paintings and sculptures than in the ‘modern’ rooms. Instead, there are many texts, videos, photo series, installations, performances, and objects that don’t look like art at all. Yet these are only the tip of the iceberg. Most contemporary art is being made outside of museums, in public spaces, for temporary exhibitions such as biennials, or is being shown online.”You could say there’s no glue holding together Smith’s model of contemporary art, and of course, you’d be right—but that’s his point. In the absence of certainty, competing definitions of the contemporary and competing start dates emerge. Sometimes these definitions organize around regional lines: American curators, Smith explained, tend to place the start of the contemporary era somewhere in the 1960s, the usual inflection point in their country’s cultural history, while Germans “favor 1945, the year everything changed in their part of the world.” There’s a deep uncertainty underlying these vast differences of opinion: “We are coming to feel,” Smith concluded, “that what we have most in common is our differences.…Our contemporaneity with each other…is all we have.” 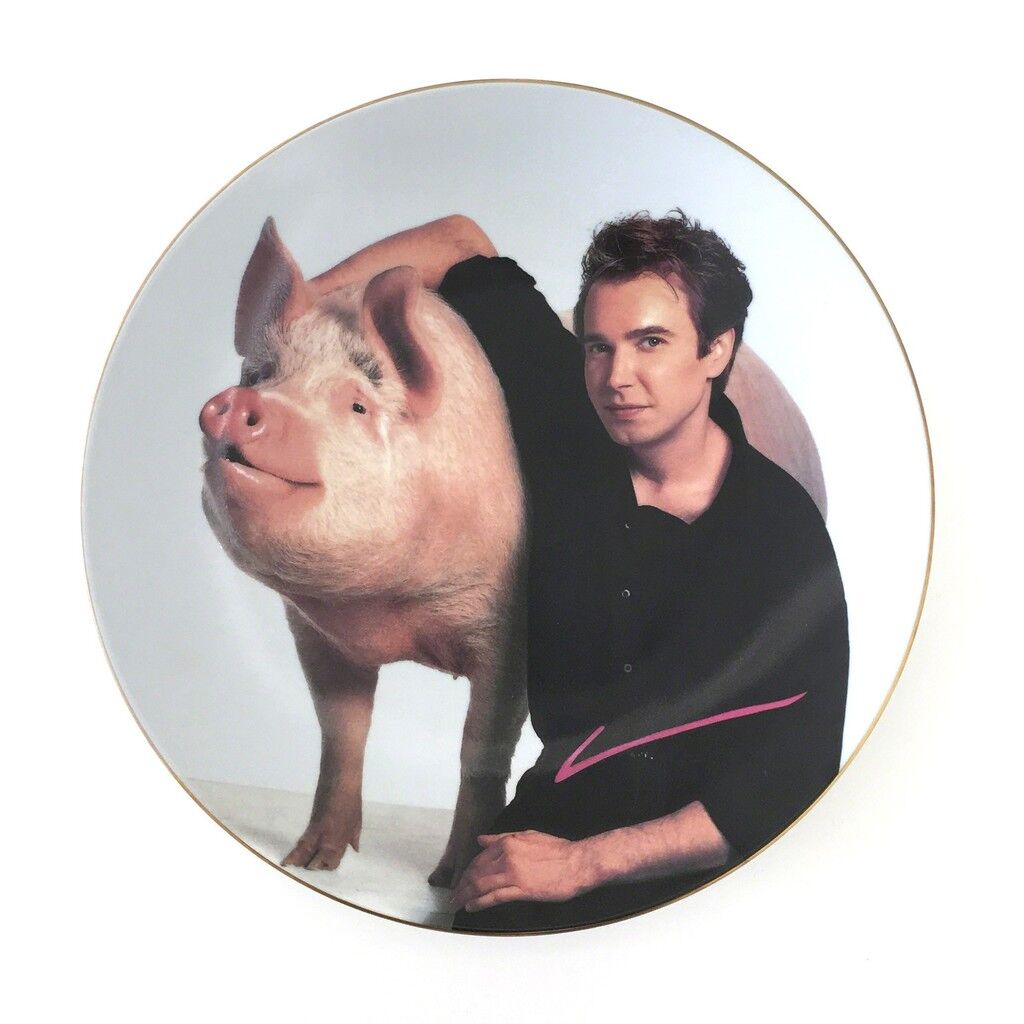 Fair enough, though I could suggest something else we all have in common nowadays: It’s green, it folds, and since the end of the Cold War, it’s been the unquestioned ruler of the planet. With capitalism ascendant and conspicuous consumption at an all-time high, it’s not terribly surprising that auction houses have embraced the category of contemporary art wholeheartedly—nor is it a shock that they often place , who made the dollar his muse and his central theme, at the dawn of the contemporary era. A Warhol canvas, Smith told me, “will usually be the last lot in the modern art evening, and the first one in the contemporary sales. He is the hinge.” On November 15, 2017, Warhol’s Sixty Last Suppers Salvator Mundi (c. 1500), an oil painting attributed to . That night, Salvator Mundi sold for a little under half a billion dollars—an unprecedented event that was greeted with cheers, gasps, and more than a couple huhs. When asked why Christie’s included an canvas in its selection of contemporary art, representatives said that the move was intended as a “testament to the enduring relevance of [the] picture.” It may well also have been related to the the fact that the market for Old Masters is shrinking, and auction sales for contemporary artists are through the roof. Cynics like me might even wonder—with all due respect to Professors Smith and Baker—if the concept of contemporary art is kept elastic in part to allow the titans of the culture industry to line their pockets when the opportunity arises. “Make it new,” indeed—Pound would be proud!There is no precise date in history when the contemporary era begins, any more than there is a precise answer to the question “What is the sound of one hand clapping?” But the temptation to find that date seems to be all but irresistible for art historians: By the time they get around to figuring out what the contemporary era is, it will be contemporary no longer. A quote by a great novelist (who may or may not be contemporary) comes to mind: “If they can get you asking the wrong questions, they don’t have to worry about answers.”