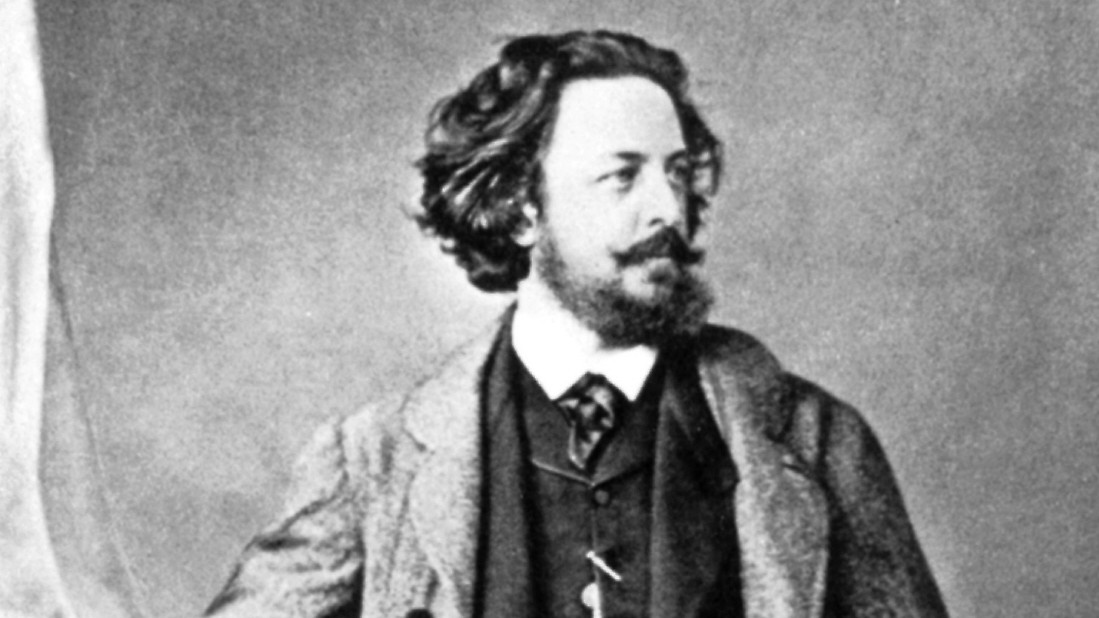 Paul Heyse was one of the most widely read authors of the 19th century. He was happy to meet the demand for his texts – with numerous novels, dramas and no fewer than 180 short stories. Theodor Fontane believed that the century would one day be named after Heyse – Heyse was a new Goethe. Today, even in the epilogue of a Reclam volume, it says that time has passed over some of the novellas. Heyse’s sweet idealism is now rather embarrassing. The fame was all the greater during his lifetime: The 1910 Nobel Prize winner for literature dies well-to-do and very old just in time before the First World War breaks out, the cinema conquers the imagination and the world, in which he receives a generous annual salary from the Bavarian king, is about to end.

What’s left of Heyse? In Munich a city villa in the immediate vicinity of the Lenbachhaus. At that time writers and intellectuals, musicians and publishers frequented this place. Here Heyse translated the new Italian literature into German and introduced Dostoevsky to the German public. Today the house arouses desires among real estate investors. The dispute in question got through the press in 2017.

Hans Pleschinski, who was born in Munich by choice, has now presented a novel that is by no means sweet and anything but idealistic about Heyse’s lack of afterlife. He has often made historical milieus and characters of cultural interest the subject of his novels. For example, “Königsallee” (2013) was about a memorable summer in the life of Thomas Mann, “Brabant” (1995) a cultural association set sail to save the achievements of the West, “Wiesenstein” (2018) was about Gerhart Hauptmann’s last year of life.

In “Am Götterbaum” the city councilor Antonia Silberstein has invited to an on-site meeting in the Paul Heyse villa in Luisenstrasse, which is still inhabited. If it were up to her, a large-scale cultural center with apartments for scholarship holders would be built here. Readings, international conferences, a Paul Heyse culture certificate for the new citizens from Syria and Afghanistan. The personally rather tight-fisted 63-year-old is about to retire, so she throws herself into battle with all the more zeal.

A novel about an evening when nothing happens can inspire respect

The writer Ortrud Vandervelt, who, as she never tires of mentioning, has just returned from a reading tour through Siberia, will contribute literary expertise. The petite, tastefully dressed woman doesn’t think much of Heyse. In Vandervelt’s eyes, the old-fashioned Gesülze cannot be reconciled with their ideas of committed literature. The third party is the librarian Theres Flößer. She is not averse to Heyse, but skeptical about the local politician’s plans.

Since there is still some time until the appointment, the three women stroll tirelessly from the town hall to Luisenstrasse, chatting tirelessly. Professor Bradford joins them, Heyse specialist from Erlangen, who surprisingly brought his young husband Deng Long with him. Since nothing happens even after several rings at the front door of the villa and the tree of the gods in the front garden that gave the name of the house is abandoned, the little group of swarms moves on around the block.

To write a 270-page novel about a single evening, on which nothing happens, is an achievement that must be respected if it succeeds. The Israeli author David Grossman describes in his 2016 novel “A horse comes into the bar” – apart from a few flashbacks – only one appearance by a stand-up comedian. When reading Pleschinski’s novel, however, one wonders whether there isn’t a better way to spend the evening. And it doesn’t help the reader if some of the protagonists – the annoyed writer, Deng Long, bobbing to the music from his headphones – see it similarly.

It is true that this evening, spent together by five strangers, will eventually be filled with the magic of absurdity that first spring evenings actually have. Pleschinski tells vividly, albeit mostly in main sentences: “The gate lanterns remained dark. The villa was silent. Nothing moved.” The conversation trickles from platitude to platitude, with Heyse quotes and allegedly interesting facts about Munich city center being interspersed in passing. Contrary to popular belief, the domes of the Frauenkirche are not modeled on female breasts, but rather two towering penises.

Nothing goes uncommented: the refugees demonstrating for more living space, the smartphone owners who collide with one another on the sidewalk, the Eastern European beggars in front of the churches, the chants from the Caucasus singing to themselves (maybe the Carpathians are meant?). Everything foreign is scanned obsessively – the selfie sticks of the Asian tourists hook into each other on the first few pages and visitors from the Mediterranean region drive up and down several times over the functioning escalators of the state capital.

This is not a “closely observed present”, but a city tour in which the author sticks culturally pessimistic labels on everything. It is often unclear who is actually making the observations. Are you currently in the head of Silberstein, Vandervelt or Flößer? Or is it a continuation of the Munich city tour with other means?

The three chatty ladies, on the other hand, have the feeling that one cannot even be jealous of the youth these days because of climate change. Is the whole thing meant ironically? A satire about the present, the establishment and local politics has possibly been lost in the novel, a detailed parody of the educated bourgeois babble that he himself celebrates. But why is he so weird? Possibly because a novel that depicts the present in such an exaggerated manner without any recognizable humorous intent arouses suspicion: Behind it must be an over-the-top perception of the world, the knowledge of which is to be enjoyed with reservations.

It’s a shame because Pleschinski deserves the credit for reminding us of Paul Heyse. Even if it remains a mystery what it was necessary for the novel. Paul Heyse’s perfectly shaped disappearance from the collective memory could have inspired more interesting trains of thought than this collage of gleeful smiles, original quotes and Munich sights. In any case, the city councilor has to get the dreamed Paul Heyse cultural center out of her head, which conceptually drives the pointlessness of the whole undertaking to extremes. Everyone goes home exhausted.

What Is Contemporary Art? – Artsy 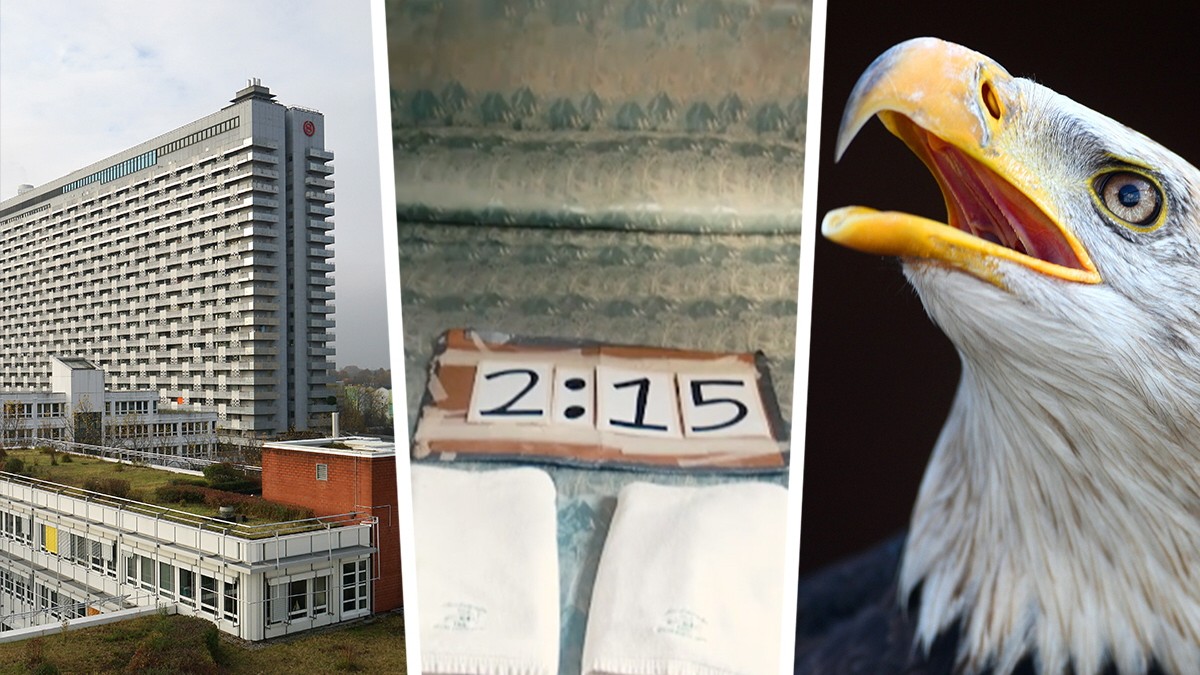 Favorites of the week